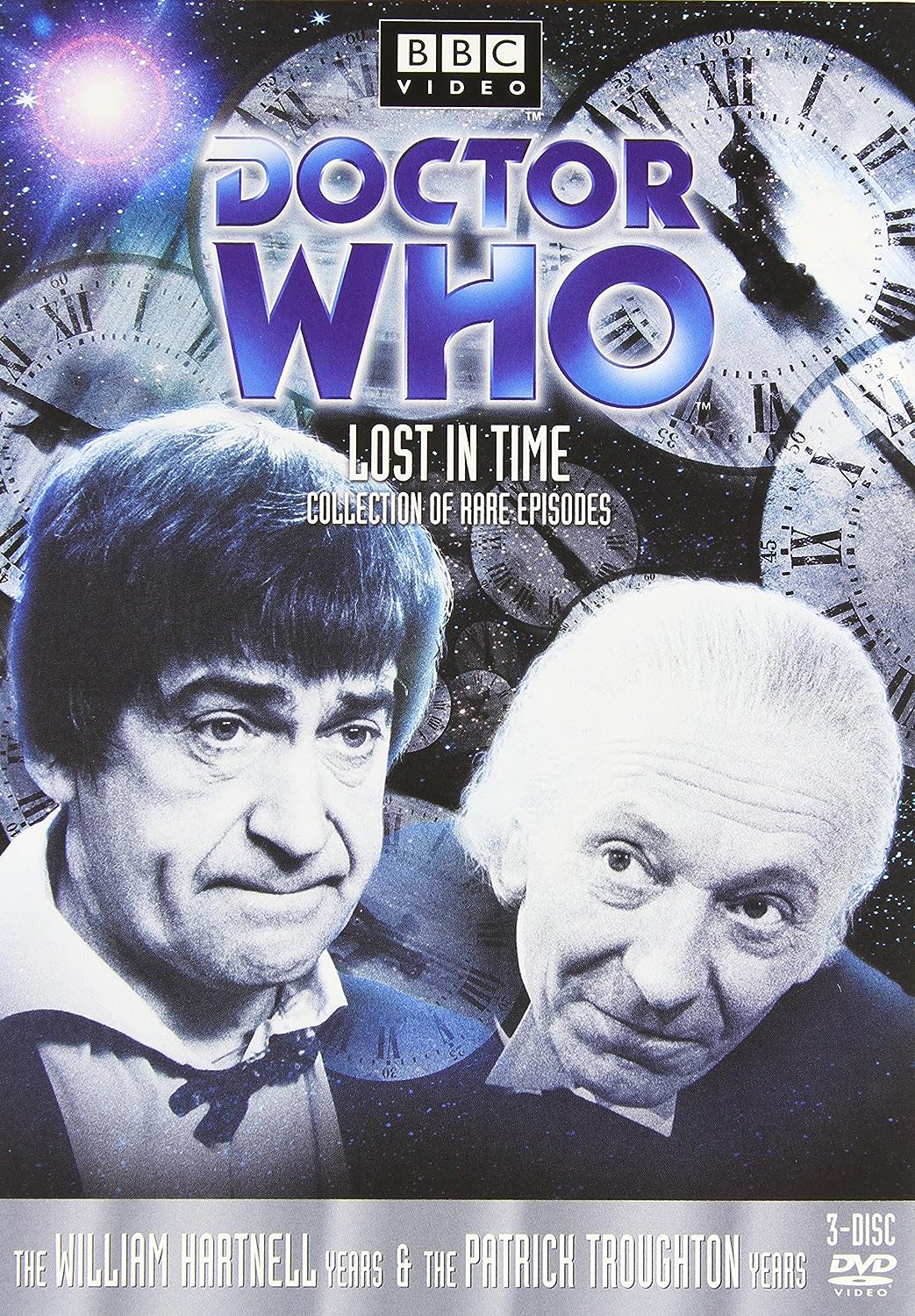 The sad fact faced by all fans of the BBC's long-running science fiction series "i"Doctor Who is that nearly half of the 200+ episodes are considered lost or incomplete due to improper storage. However, episodes and tantalizing glimpses of "orphaned" stories from the reign of the first Doctor, William Hartnell (1963-66) have been culled together from 16 and 35mm prints and restored for this set. The most noteworthy treasure is "Day of Armageddon," the second episode in the epic 12-part story from season 3, "The Daleks' Master Plan," which has been unseen by the public since its initial airing in 1965. Also among the recently recovered is "The Lion," the first episode of season's 2's "The Crusade." The only other surviving episodes from these stories--episodes 5 and 10 from "The Daleks' Master Plan," and episode 3 from "The Crusade" (audio tracks and narrative links for the second and fourth episodes of this story are also included), as well as the sole remaining episode (#4, "The Final Test") from "The Celestial Toymaker" (featuring veteran actor Michael Gough) round out the disc. The DVD extras include fragments from the lost episodes of "The Daleks' Master Plan" and season 4's "The Smugglers" and "The Tenth Planet," all rescued from a variety of far-flung places; also included is commentary by actor Julian Glover for episode 3 of "The Crusade" and actors Peter Purves and Kevin Stoney, along with designer Raymond Cusick for "Day of Armaggedon," and some 8mm off-screen footage from the Hartnell era. Viewers can also access introductions to and an afterword for "The Crusade" (taken from the original VHS release) by accessing the "Play All" option on the main menu.

As with the First Doctor, a number of episodes and stories from Patrick Troughton's Second Doctor tenure (1966-69) are also incomplete or missing altogether, so "i"The Patrick Troughton Years attempts to reconstruct the "orphaned" stories through episodes and clips culled from a variety of sources. For Who historians, the most important footage here is from Troughton's first appearance as the Doctor in season 5's "The Power of the Daleks," which is missing in its entirety; a rough glimpse of the transition from actor William Hartnell to Troughton is included, along with other surviving fragments. The complete episodes offered here are the sole remaining episode from season 4's "The Underwater Menace" (fragments from this story are included in the extras), episodes 2 and 4 from "The Moonbase," which features the return of the Cybermen (audio from episodes 1 and 3 is featured in the extras), episodes 1 and 3 from "The Faceless Ones," and episode 2 from "The Evil of the Daleks" (which includes commentary by actress Deborah Watling, who played the Doctor's companion, Victoria). Disc 2 marks the only episode from the Yetis' debut in "The Abominable Snowmen" (Watling again provides commentary), two episodes from "The Wheel in Space" (with commentary by director Tristan de Vere Cole and story editor Derrick Sherwin) and just one apiece for "The Web of Fear," "The Space Pirates," and "The Enemy of the World." Chief among the extras is the 1998 documentary The Missing Years, which interviews several of the film collectors responsible for rescuing these lost episodes and fragments (the doc has been updated to reflect the 2004 discovery of two William Hartnell episodes); the supplemental features offer fragments and behind-the-scenes footage from "The Macra Terror" (with a rare clip of the monsters), "Fury from the Deep" (which includes a scene reconstruction), "The Highlanders," and the aforementioned stories.

The William Hartnell Years and the Patrick Troughton Years are also available individually. Either scenario is sure to please the die-hard Doctor Who fan. --Paul Gaita

These episodes offer an enticing glimpse into 'lost' stories that have achieved legendary status. Fans can relish rare appearances of the Daleks, Cybermen and Yeti, and guest star turns by Julian Glover (Indiana Jones) and Michael Gough (Batman). New to video is the recently recovered Episode 2 of "The Daleks' Master Plan," which marked the series debut of Nicholas Courtney, who later returned as the Brigadier.